As the cradle of democracy and one of the oldest cities in Europe, Athens has a unique appeal to people from all around the world. The city not only delights visitors with its cultural heritage but also with its charming urban flair. Nestled in several mountain ranges and open to the sea, Athens has a varied cityscape with buildings from all eras from classical antiquity to the present. No matter whether you are a visitor or a local, Athens always makes you discover something new or learn about its exciting history!

The Greek capital is perfectly suited for an exciting city discovery with myCityHunt – the smartphone scavenger hunt in Athens! Unlike traditional ways of discovering a city such as city tours and Free Walking Tours in Athens, the scavenger hunt combines a playful competition with the most  interesting information on the city's history and culture. It not only deals with the city's two UNESCO World Heritage Sites, the Acropolis and Daphni Monastery, but also with its extensive cultural attractions.

Situated between the Parthenon on the Acropolis and Lycabettus Hill, the city offers an ideal setting for entertaining team challenges.  Experience the dreamlike scenery and Athens' historical legacy playfully and adventurously. It doesn't matter whether you are familiar with Athens or visiting the city for the first time. The myCityHunt scavenger hunt in Athens gives everyone an exciting and varied perspective on the town!

The Plaka district, with its narrow alleys and unique flair, as well as the National Garden "Ethnikos Kipos", offers the perfect environment to get to know Athens with a scavenger hunt. In a relaxed atmosphere, you will not only learn about the city's history and cultural values, you will also also be confronted with numerous anecdotes: Did you know that the Greek goddess Athena was named after the city and not the other way around?

Despite all the exciting facts which you'll learn about Athens, you should not lose sight of your team's score! After all, you are in an exciting competition during the scavenger hunt in Athens. To reach the top of Athens' high score list, you need to deploy all of teamwork, logical thinking, and creativity. Only if you pool the strengths of your team and pull together will you be able to play a part in the hunt for the high score!

The scavenger hunt in Athens offers you an ideal challenge to discover the city in a spirited and inquisitive way. There is only one question: Can you win the favor of the ancient gods and climb to the summit of Olympus with your team?

You will discover these and other sights during the tour: 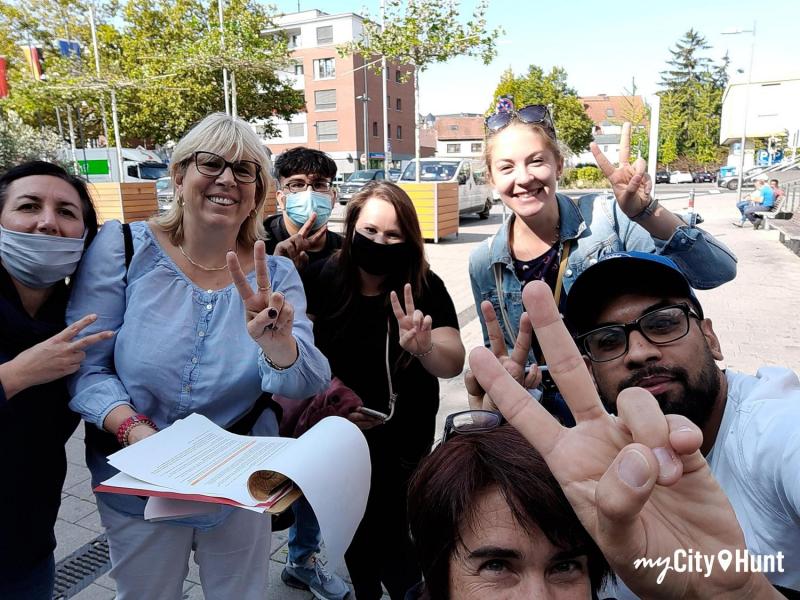 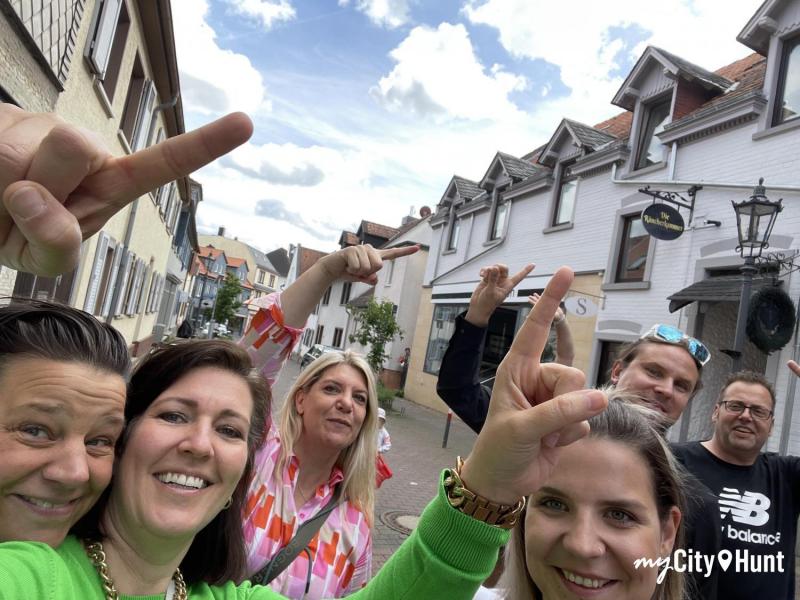 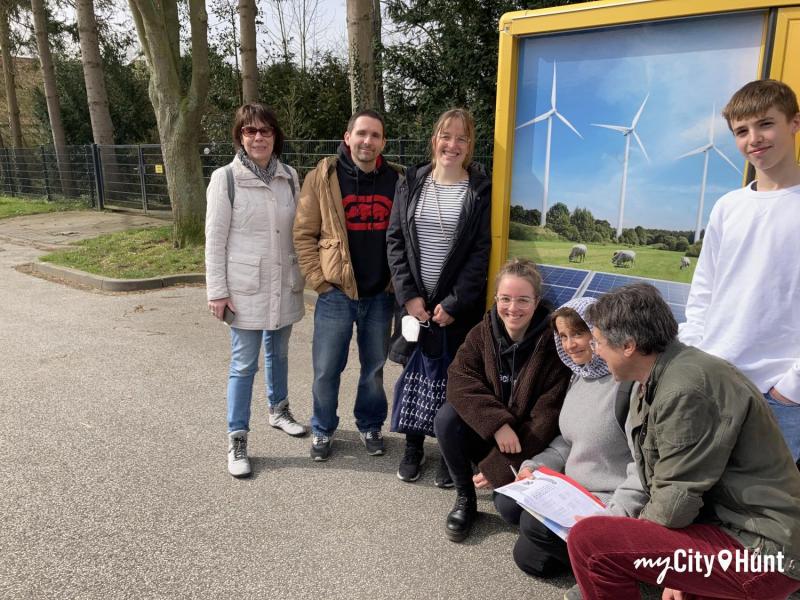 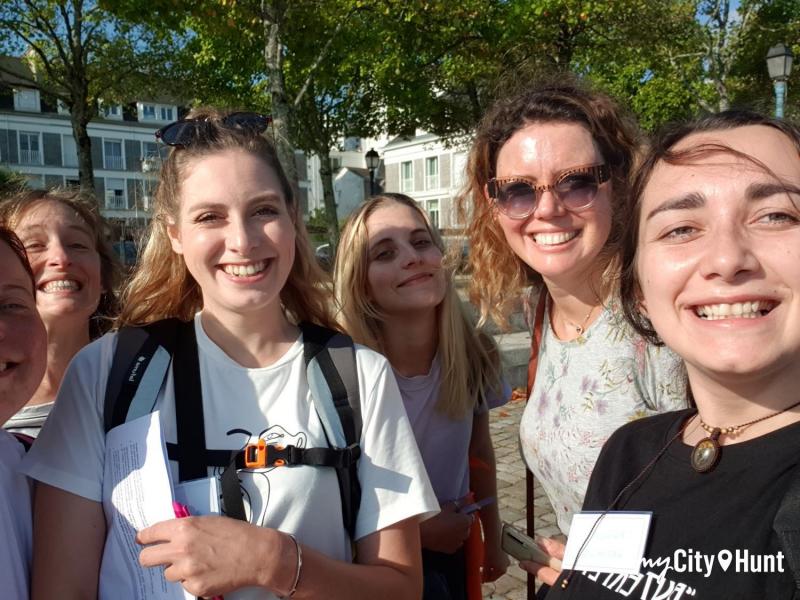 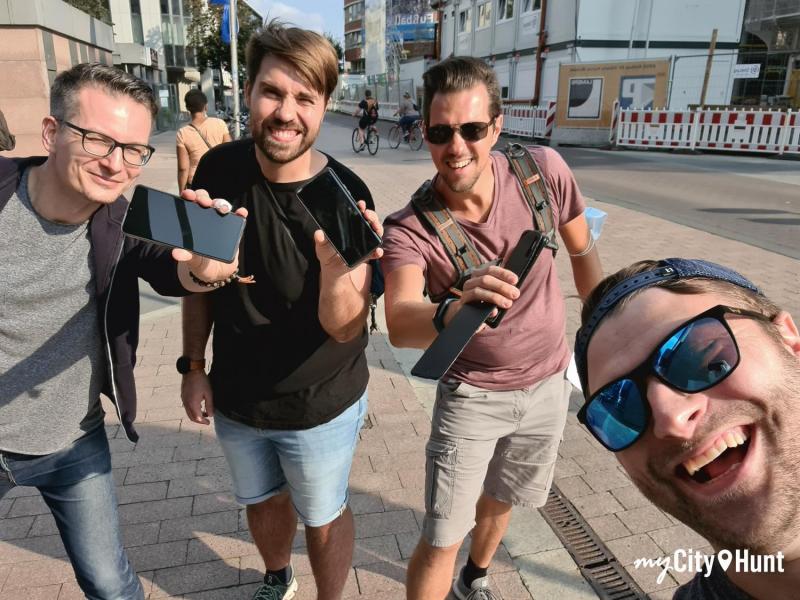 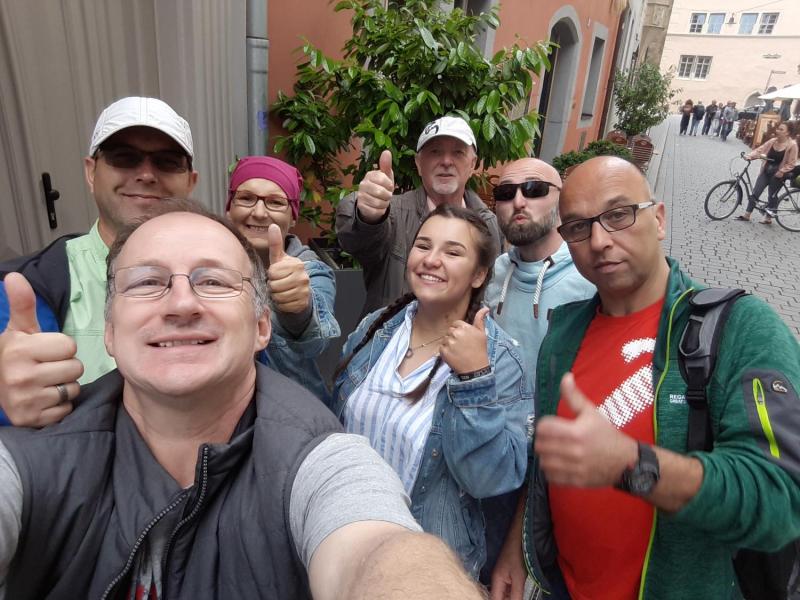 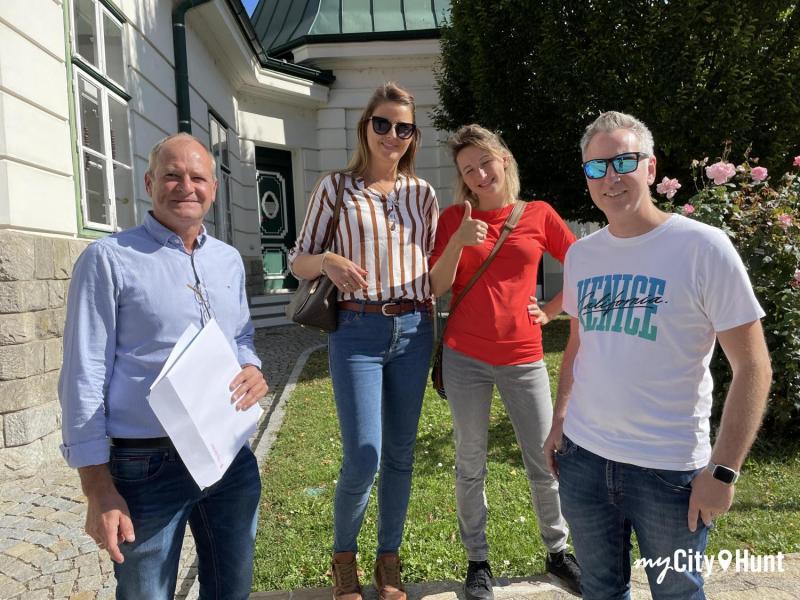 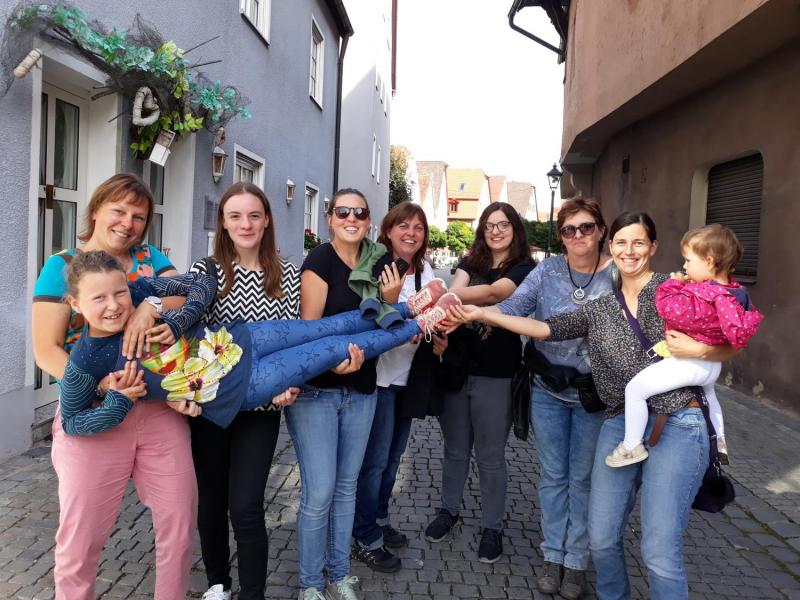 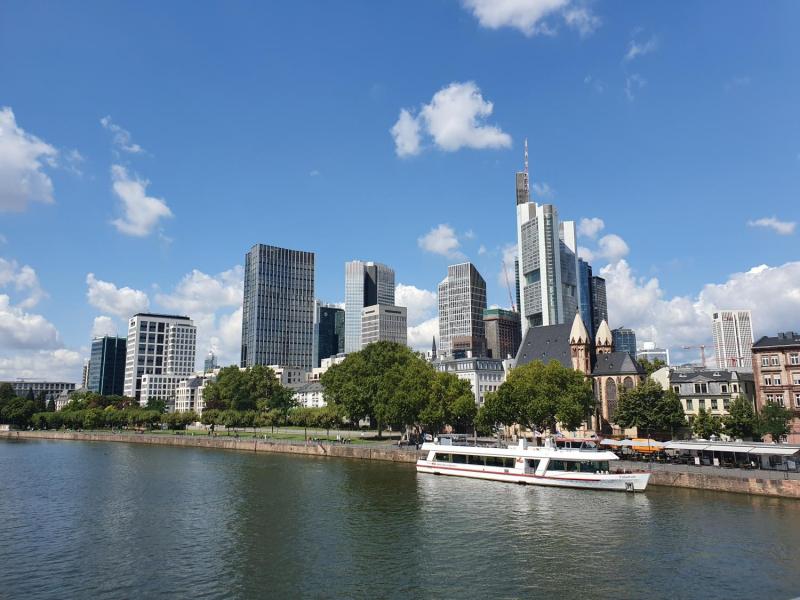 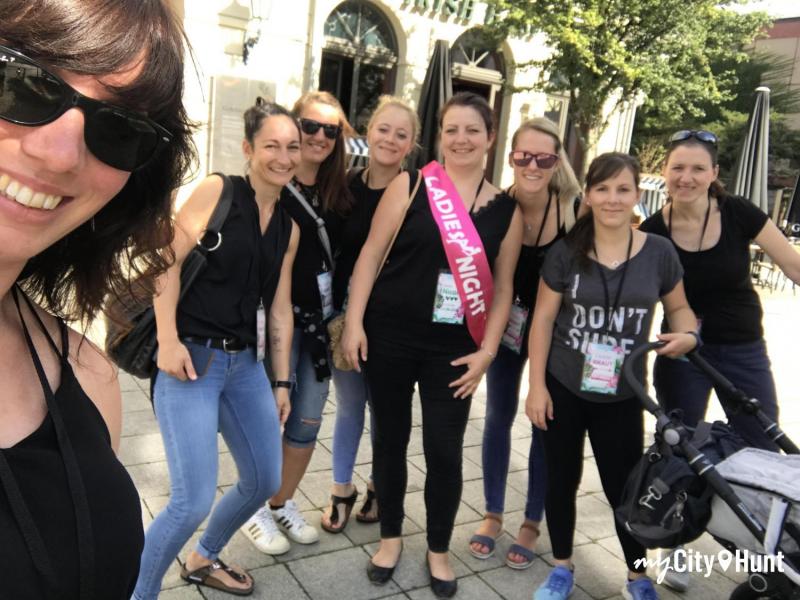 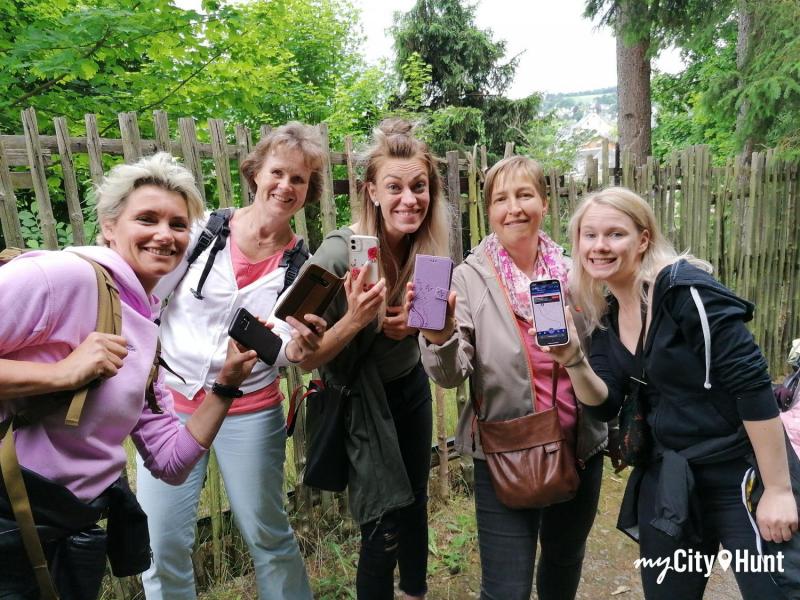 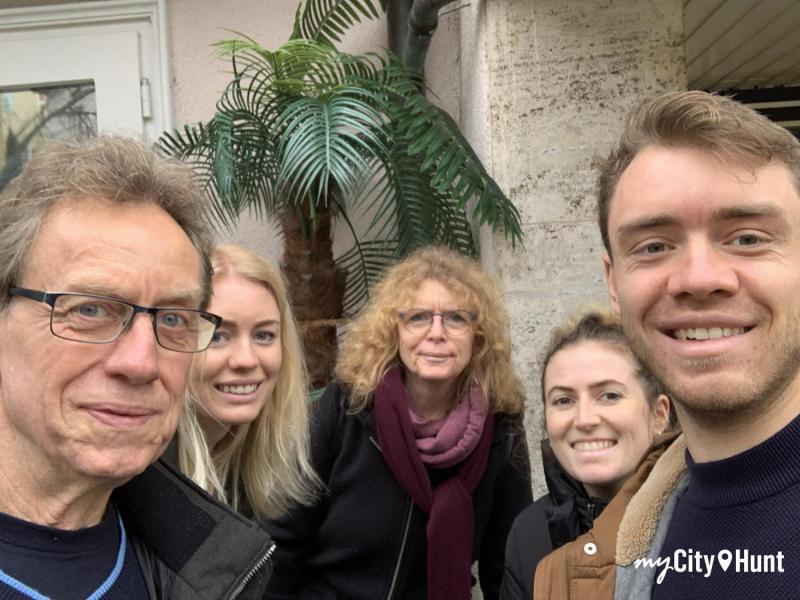 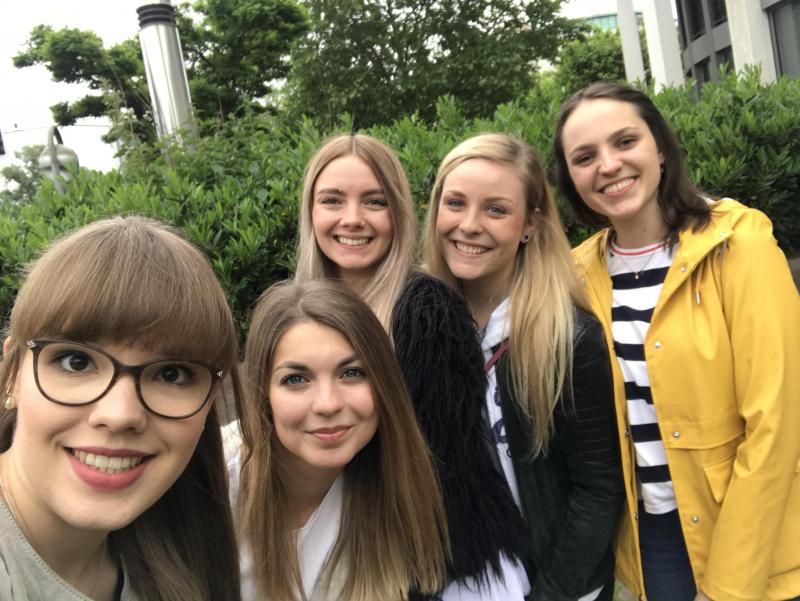 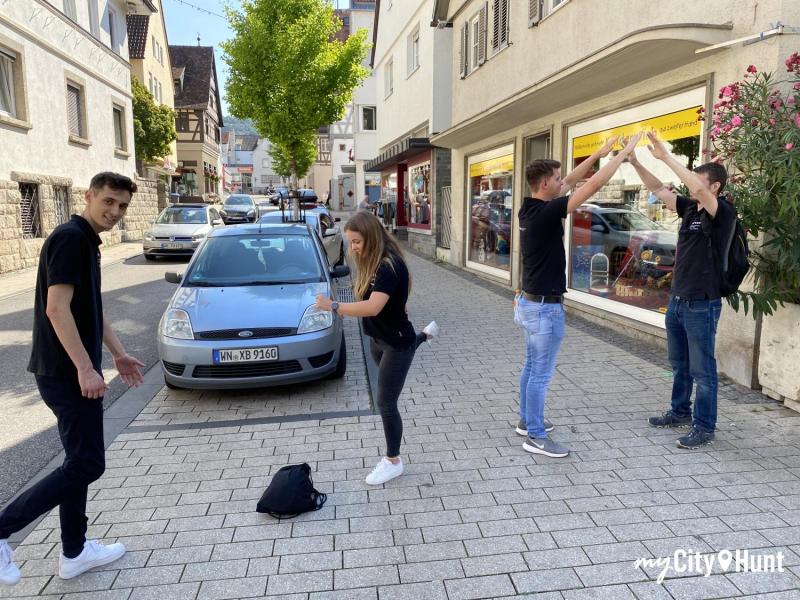 Based on long-standing experience, we know the special requirements that arise when planning a team event in Athens. With the myCityHunt Teamevent in Athens we have therefore developed a package especially for corporate clients. This extends our well-proven tours with a number of advantages that make our scavenger hunts the perfect teambuilding event in Athens.

Discover Athens with the digital Scavenger Hunt from myCityHunt! Solve puzzles, master team tasks and explore Athens with your team!

A myCityHunt scavenger hunt in Athens takes you to the most beautiful places in the city and introduces you to Athens with its 664.000 inhabitants in an entertaining way together with its historical, cultural and architectural highlights. At the different locations of the scavenger hunt you will solve tricky riddles. Determine the correct answer in order to collect points! In the course of the city rally you puzzle your way through Athens. On the way we will send you entertaining special tasks such as photo or action challenges via SMS, which require creativity and teamwork. Your city tour through Athens will delight everyone involved!

🔒 How does the scavenger hunt in Athens work?

With myCityHunt, Athens becomes your playing field! All you need is a ticket code, and an internet-enabled mobile phone.

On the desired date, you will gather your team in the city center of Athens. Then the scavenger hunt starts: Your mobile phone guides you and your team to numerous places worth seeing in Athens. Once there, you answer tricky questions and solve riddles. You gain points by correctly solving these tasks.

But that's not all: All registered players will receive special tasks during the rally, such as photo assignments or quiz questions. The scavenger hunt will reward you with many great memories, which you can view in a picture gallery afterwards.

Along the tour, you can take a break for ice cream or drinks at any time! After about 3 hours, the high score list will provide information about your overall ranking.

More information about the course of our scavenger hunt in Athens can be found here: https://www.mycityhunt.com/how-it-works.

✅ What does a scavenger hunt in Athens cost?

The price for a myCityHunt scavenger hunt in Athens is 12.99 € per person. In contrast to the price models of other providers, myCityHunt is charged per person. For example, the total price for two people is only 25.98 €, for five persons 64.95 € and so on.

Tickets can be booked online in the ticket shop at https://www.mycityhunt.com/tickets.

📆 Which dates does the scavenger hunt take place on?